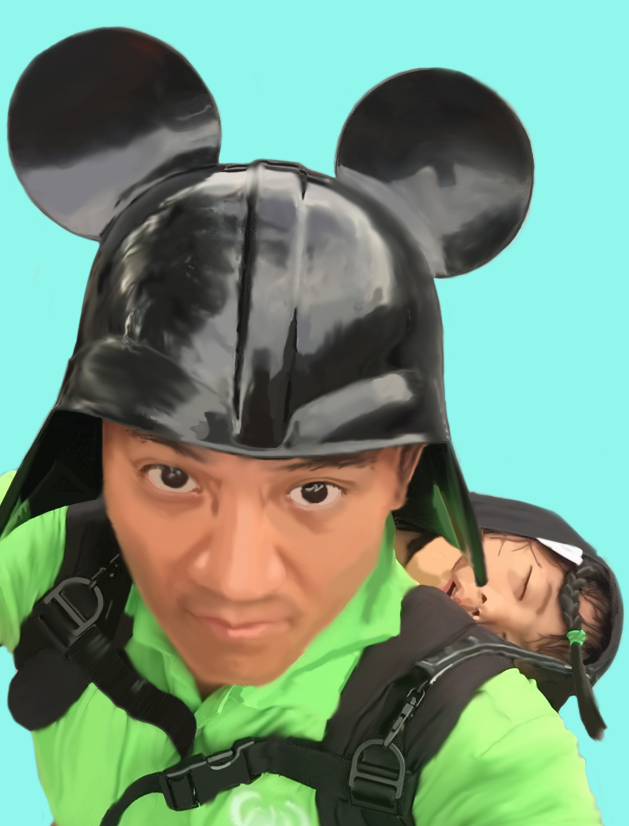 In the latest post in our interview series, we’re pleased to introduce you to Tommy Lee.

Meet Tommy. He is half of the founding duo of Infinity, a NY Yankees season ticket holder and a sleep-deprived parent of three precocious young girls.

When did you first work with Infinity?

What made you decide to start the company with Jeremy?

After graduating from NYU in 1996, I worked at Salomon Brothers. Jeremy [Shao] was at a startup technology consulting company (Know-ware Consulting); their first hire. After about a year, he recruited me to the startup as their second hire. As Know-ware grew, we realized that they didn’t share our perspectives on how employees should be treated. The only way to have the environment we craved was to create it, and so Infinity was born.

Do you miss the early days or not? What was it like then?

It was a much simpler time, but I certainly do not miss dial-up internet. Money was tight and we survived on a lot of 99¢ Double Cheeseburgers. We also were lucky enough to have the encouragement, patience, and loving care of our wives (then girlfriends).

Where was the first Infinity office? What was it like there?

Our first office was at 625 Broadway, NY, in the south end of what was then called “Silicon Alley.” With that first office it felt like we had officially arrived. It was a fairly large space where we had two offices, a conference room, a reception area, and an open space for everyone’s desks.

We could only afford used office furniture but filled it out the best we could. We had a painting party with a bunch of college friends — which turned out to be a very inefficient way to paint the office because of all the paint we wasted. Some things are just better off leaving for the experts.

The office was definitely interesting. On the plus side, there was a photo shoot studio across the street where we could watch models being photographed. The downside came at night. The office was in a building with a restaurant where bands would play. The loud music would cause the rodent inhabitants to scurry upwards through the building. Even though we were on the 9th floor, we frequently had unwelcomed visitors.

When you started Infinity, did you already have clients or was it difficult at first?

We did not have any clients and were not allowed to approach any clients of our former company. So, it was a very difficult start. I remember our first client was Cardinal Components; they supplied crystals, oscillators, and other quartz based components to the electronics industry. We built a MS Access application to automate the creation of part numbers based on specifications of the components. Amusingly, the owner of Cardinal Components actually donated an old photocopier for our first office. We are still forever grateful for the opportunity.

Another early one was a project for the San Jose Tech Museum. We partnered with Iguana Studios and Galan Communications on a San Jose Tech Museum exhibit called “Hi it’s me!” where we turned AT&T Labs technologies into fun interactive kiosks for kids. These advanced technologies (for the year 1999) included voice recognition, motion sensing input device, and text-to-speech synthesis. In an early test of our adaptability and resilience, the shipping courier dropped the production hosting server while it was in transit. Several of the hard drives in the RAID configuration were dead on arrival in San Jose. We had to work round the clock to recreate portions of the programs. But we did it. Overall, it was a success and a great experience for the team.

What are you most proud of about Infinity?

What is one thing you think people might not know about Infinity, but should?

Our original logo was two lower case italicized i’s, one taller (Jeremy), one shorter (Tommy), that represented the two founders.

Do you still write code?

I have not touched any code in several years. Our team has so many more skillful programmers than I.

No office for me anymore. I now work from home; mostly sitting in the living room of a small 2-bedroom apartment. Certainly lots of NYC noise and lots of children noise. Sometimes I take conference calls in the bathroom just because it’s quiet and peaceful there.

How do you recharge?

Let my wife take the kids to school so I can sleep in late. :) Sleeping seems like a waste of time, but is necessary. Since I’ve self-diagnosed myself as being a poor sleeper (takes a long time to fall asleep, get into deep sleep, and stay asleep), it amplifies that theory of wasting my own time. It may take me 9-10hrs of “sleep” to get the recharge of someone else’s 6-7hrs.